In this blog post, we will learn how to simulate multiple samples efficiently. In order to keep the discussion, easy we have simulated a single sample with ‘n’ number of observations, and ‘p’ amount of variables. But in order to use the Monte Carlo method to approximate the distribution sampling of statistics, one needs to simulate many specimens with the same regression model.

The data steps in SAS in  most blogs have 4 steps mentioned for so. However, to simulate multiple samples, put DO loop around these steps that will generate, the error term and the response variable for very observation made in the model.

END_OF_DOCUMENT_TOKEN_TO_BE_REPLACED 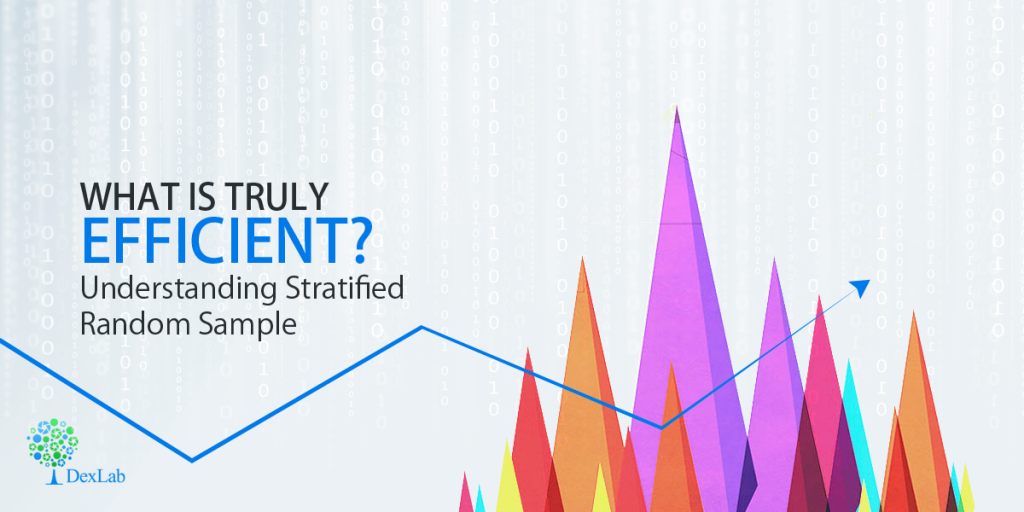 We have discussed several times the efficiency of various techniques for selecting a simple random sample from an expansive dataset. With PROC SURVEYSELECT will do the job easily…

However, let us assume that our data includes a STATE variable, and one would want to guarantee that a random sample includes the precise proportion of observations from each of the states of America.

END_OF_DOCUMENT_TOKEN_TO_BE_REPLACED 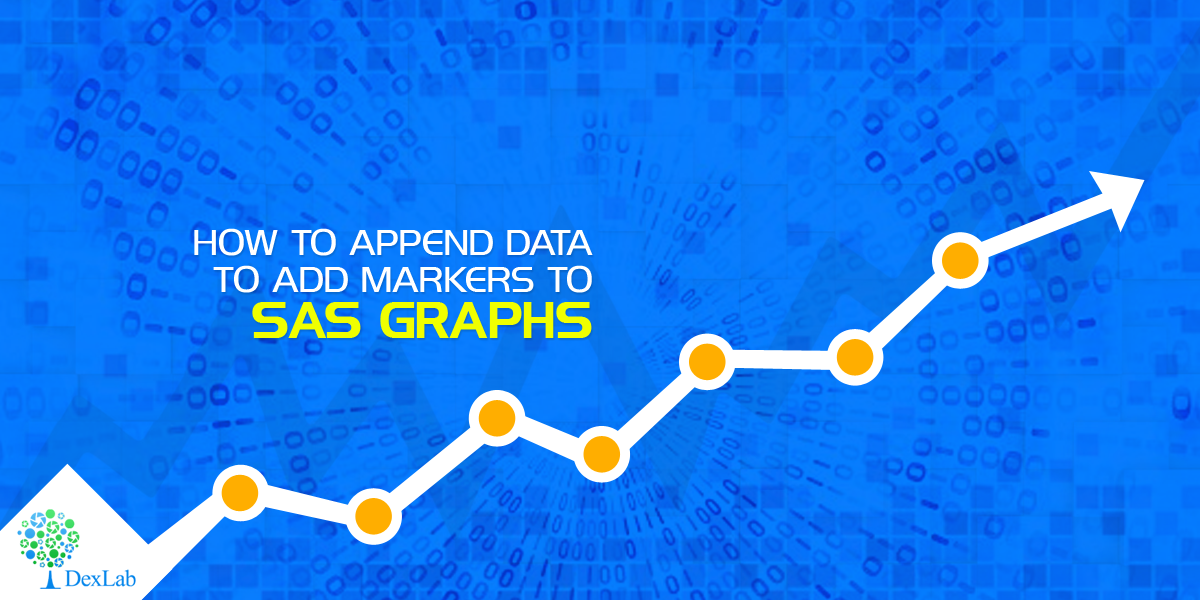 Would you like to create customized SAS graphs with the use of PROC SGPLOT and other ODS graphic procedures? Then an essential skill that you must learn is to know how to join, merge, concentrate and append SAS data sets, which arise from a variety of sources. The SG procedures, which stand for SAS statistical graphic procedures, enable users to overlay different kinds of customized curves, bars and markers. But the SG procedures do expect all the data for a graph to be in one single set of data. Thus, it often becomes necessary to append two or more sets of data before one can create a complex graph.

In this blog post, we will discuss two ways in which we can combine data sets in order to create ODS graphics. An alternative option is to use the SG annotation facility, which will add extra curves and markers to the graph. We mostly recommend the use of the techniques that are given in this article for simple features and reserve annotations when adding highly complex yet non-standard features.

Here is a brief idea on how to structure a SAS data set, so that one can overlay curves on a scatter plot.

This structure will enable you to use the SGPLOT procedure for overlaying, two curves on the scatter plot. One may make use of a SCATTER statement along with two SERIES statements to build the graphs.

With the right Retail Analytics Courses, you can learn to do the same, and much more with SAS.

Sometimes in addition to the overlaying curves, we like to add special markers to the scatter plot. In this blog we plan to show people how to add a marker that shows the location of the sample mean. It will discuss how to use PROC MEANS to build an output data set, which contains the coordinates of the sample mean, then we will append the data set to the original data.

With the below mentioned statements we can use PROC MEANS for computing the sample mean of the four variables in the data set of SasHelp.Iris. This data contains the measurements for 150 iris flowers. To further emphasize on the general syntax of this computation, we will make use of macro variables but note that it is not necessary:

With the AUTONAME option on the output statement, we can tell PROC MEANS to append the name of the statistics to names of the variables. As a result, the output datasets will contain the variables, with names like PetalLength_Mean or SepalWidth_Mean.

As depicted in the previous picture, this will enable you to append the new data into the end of the old data in the “wide form”, as shown here: This method can be used to plot other sample statistics (like the median) or to highlight special values such as the origin of a coordinate system.

In certain circumstances, it is better to append the secondary data in the “long form”. In the long form the secondary data sets contains variables similar to the names in the original data set. One can choose to use the SAS data step to build a variable that will pinpoint the original and supplementary observations. With this technique it will be useful when people would want to show multiple markers (like, sample, mean, median, mode etc.) by making use of the GROUP = option on one of the SCATTER statement.

For detailed explanation of these steps and more on such techniques, join our SAS training courses in Delhi.

The following call to the PROC MEANS does not make use of an AUTONAME option. That is why the output data sets contain variables which have the same name as the input data. One can make use of the IN= data set option, for creating the ID variables that identifies with the data from the computed statistics:

The DATA step is used to create the GroupID variable, which has several values “Data” for the original observations and the value “Mean” for the appended observations. This data structure will be useful for calling the PROC SGSCATTER and this will support the GROUP = option, however it does not support multiple PLOT statements as the following: In closing thoughts, this blog is to demonstrate some useful techniques, to add markers to a graph. The technique requires people to use concatenate the original data with supplementary data. Often for creating ODS statistical graphics it is better to use appending and merging data technique in SAS. This is a great technique to include in your programming capabilities.

SAS courses in Noida can give you further details on some more techniques that are worth adding to your analytics toolbox!

Predictive modeling figures at the top of the list of new techniques put in to use by researchers in order to make out key archeological sites. The methodology used is not that complex. It makes predictions on the location of archeological sites having for its basis the qualities that are common to the sites already known. And the best news is that it works like a charm. A group of archeologists working in the company Logan Simpson which operates out of Utah discovered no less than 19 individual archeological sites containing many biface blades as well as stone points in addition to other artifacts that belong to the Paleoarchaic Period which ranges from 7,000 to 12,000 years ago.

The location of the site is about 160 km or 100 miles from Las Vegas, Nevada. The group of researchers also came across lakes and streams that disappeared long before. According to archeologists the sites were perhaps put into used by a number of groups of gatherers and hunters in the ancient times. The sites are scattered widely and also are scarce and could herald an understanding of the human activity that took place throughout the length and breadth of the Great Basin as a warmer climate prevailed after the end of the Ice Age. Their remoteness ensured that they remain unfound when traditional methods are employed.

How Predictive Analysis Could Have Saved the World from Ransomware – @Dexlabanalytics.

In Nevada’s Dry Lake Valley, Delamar Valley and Kane Springs archeologists have discovered sites like Clovis, Lake Mojave and also Silver Lake that contains some stone tools constructed according to styles prevalent as far as 12,000 years back.The project was funded by the Lincoln County Archeological Initiative from the Bureau of Land Management. It made use of GIS or geographic information system technology in order to make predictions about activity belonging to the Pleistocene-Holocene period.

The predictive modeling put into use took in to account the fact that the Great Basin was way more wet and cool at the end period of the Pleistocene than the climate prevalent today and in all probability had attracted the attention of gatherers and hunters for several centuries. The process of mapping with GIS and aerial pictures amongst others was followed by pinpointing and ranking the various locations that hold the most promise.

Apart from the Paleoarchaic era, artifacts belonging to relatively more recent periods in History were also found which bear out that the sites at the lakeside had been used over the course of several millennia.

But the most important discovery was the proof that that Predictive Modeling on the basis of GIS works well and should be included in the arsenal of tools of archeologists trying to discover prehistoric sites .

Make predictive analytics your best friend for life and career with easy and comprehensive SAS training courses in Delhi by DexLab Analytics. For more information about this premier SAS training institute, log into their website.