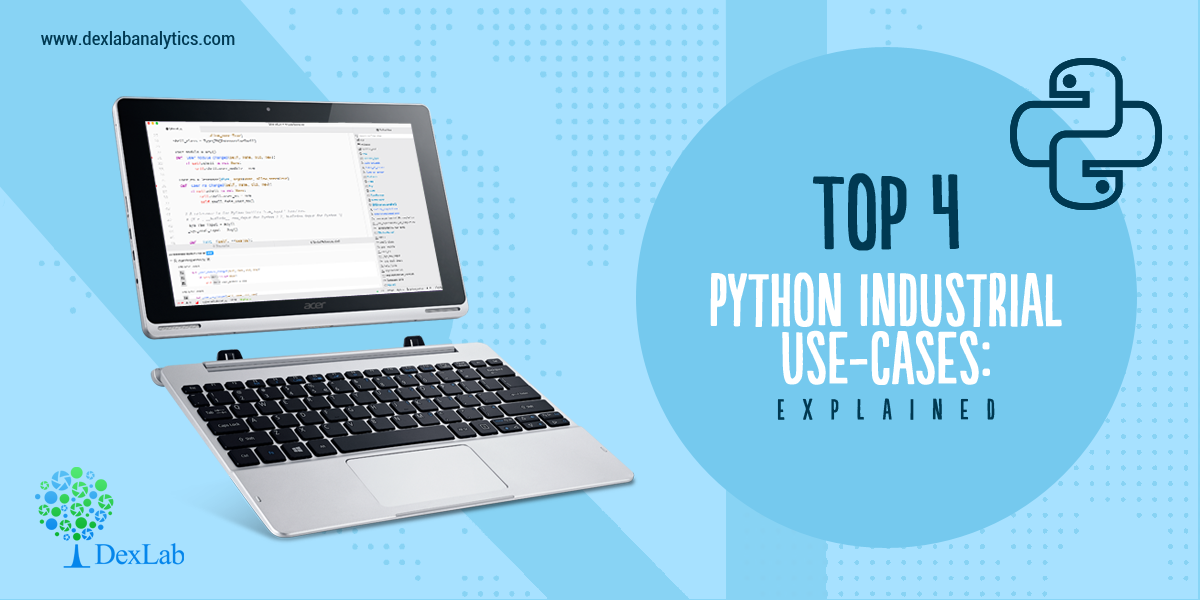 Python is one of the fastest-growing and most popular coding languages in the world; a large number of developers use it on daily basis and why not, it works brilliantly for a plethora of developer job roles and data science positions – starting from scripting solution for sysadmins to supporting machine learning algorithms to fueling web development, Python can work wonders across myriad platforms!

Below, we’ve rounded up 4 amazing Python industrial use-cases; scroll ahead:

Smaller firms driven by machine learning gave stiff competition to a US multinational finance and insurance corporation. In return, the insurer formed teams and devised a new set of services and applications based on ML algorithms to enjoy a competitive edge. However, the challenge was that with so many data science tools, numerous versions of Python came into the picture and gave rise to compatibility issues. As a result, the company finalized only one version of Python, which was then used in line with machine learning algorithms and tools to derive specific results.

Another US MNC dealing in financial services showed interest in mining complex customer behavioral data. Using Python, the company launched a series of ML and data science initiatives to dig into its structured data that it has been gathering for years and correlated it with an army of unstructured data, gathered from social media and web to enhance cross-selling and retrieve resources.

Recently, the International Space Station struck a deal with an American MNC dealing in military, defense and aerospace technology; the latter has been asked to provide a series of systems to the ISS. The critical safety systems were mostly written in languages, like Ada; they didn’t fare well in terms of scripting tasks, data science analysis or GUI creation. That’s why Python was chosen; it offered bigger contract value and minimum exposure.

Enjoy flexible data manipulation and transformation – all with Python!

A top-notch US department store chain equipped with an in-store banking division gathered data and stored it in a warehouse. The main aim of the company was to share the information with multiple platforms to fulfill its supply chain, analytics, retail banking and reporting needs. Though the company chose Python for on-point data manipulation, each division came up with their own versions of Python, resulting in a new array of issues. In the end, the company decided to keep a standard Python; this initiative not only resulted in amplifying engineering speed but also reduced support costs.

As end notes, Python is the next go-to language and is growing each day. If you have dreams of becoming an aspiring programmer, you need to book the best Python Certification Training in Delhi. DexLab Analytics is a premier Python training institute in Delhi; besides Python, it offers in-demand skill development courses for interested candidates.

The blog has been sourced from— www.techrepublic.com/article/python-5-use-cases-for-programmers

Python is the need of the hour – not only for fueling websites but also for embedded applications.

Though C and C++ are still dominant programming languages for embedded applications, new age competitors, such as Python and Javascript are fast picking up pace. Especially Python: it’s gaining accolades for driving websites and Stack Overflow’s recent research has showcased the steady increase of popularity. 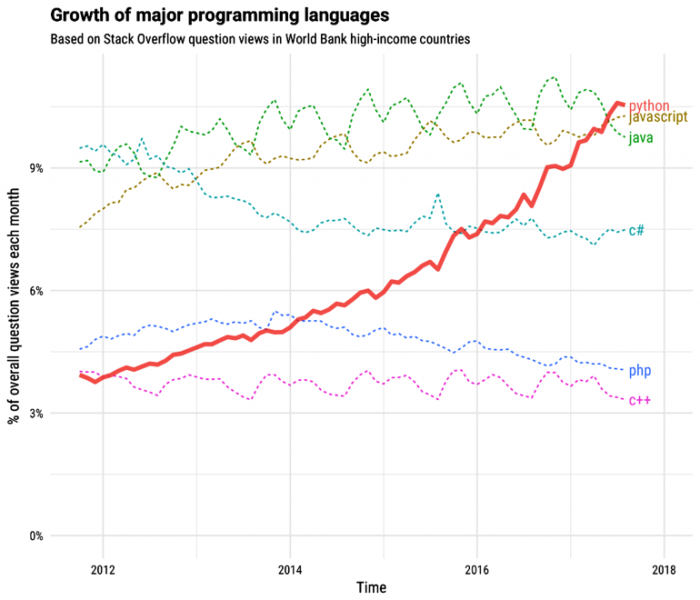 In terms of machine learning, Python is nowadays used with recommended platforms, such as TensorFlow and Caffe. It’s even used for fortifying neural networks.

The reason for such spiking popularity is it’s easy to download attribute – open source Python programming language can be downloaded for diverse platforms, including Windows and Linux. Moreover, several integrated development environments (IDEs) already exists for Python; some of the popular multiplatform tools are Microsoft’s Visual Studio and Eclipse (PyDev).

On the other hand, Python is reckoned as an embedded scripting language by wide motley of technical experts and consultants. Autodesk’s 3D animation program, Maya is programmed using Python. Similarly, Blender is also run on Python.

VDC Research highlighted spiked up interest in Python in IoT devices, “The embedded engineering community is embracing the use of scripting languages,” shares Chris Rommel, EVP of IoT & Embedded Technology research at VDC. “What began primarily isolated as a tool in the QA domain has quickly expanded within the software development ranks, with Python, in particular, showing incredible growth in the past few years,” he further adds.

For Python Course in Delhi NCR, DexLab Analytics is the go-to destination.

Python is loaded with a multitude of user-interface and graphics options. Developers, newbie and seasoned take advantage of Matplotlib: it’s a 2-D plotting library that offers a MATLAB-inspired interface. An open source KIVY framework is also used extensively. It can be run on a versatile range of platforms, such as Android,Linux, iOS, Windows, OS X, and the Raspberry Pi.

Qt is another very effective user-interface framework that’s high on popularity drive for over 25 years. Javascript, C++ and Python, all of them have relied on Qt for good. It specializes in handling graphics and different other multimedia formats as well as cameras and radios. 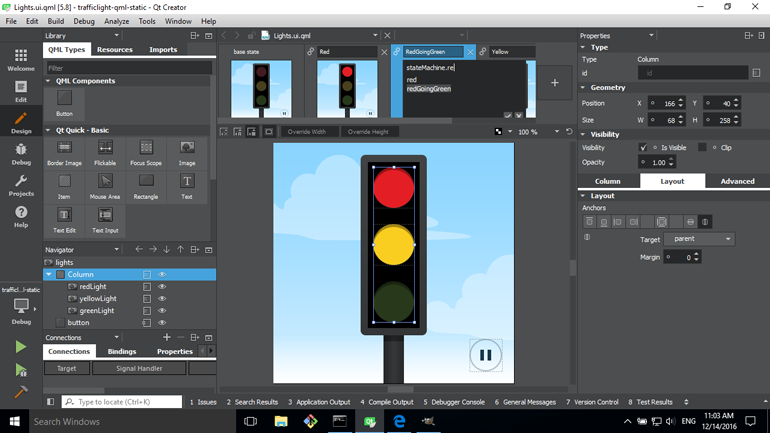 The Rise of Pythons for Embedded Systems

Python opens a world of opportunity, including providing support to numerous programming platforms and readable and manageable code. It eradicates the need to use brackets common to languages, such as C++, C and Java. Along with that, it enables an independent, interactive test-driven development approach.

All this sounds too alluring, isn’t it?

But wait, like all programming languages, Python too is bogged down by a few technical glitches. Running the application can sometimes become a bit tricky. Also, at times, Python may not be the perfect language for all embedded applications. Nevertheless, we cannot ignore the perks it ensures us: the benefits we derive from its dynamic nature, simplistic functions, flexibility and widespread support is incredible.

Of late, Python Data Science course in India is becoming increasingly popular. Join the bandwagon and get Python certified today!