AI is an absolute delight. Not only is it considered one of the most advanced fields in the present computer science realm but also AI is a profit-spinning tool leveraged across diverse industry verticals.

In the past few years, Python also seems to be garnering enough fame and popularity. Ideal for web application development, process automation, web scripting, this wonder tool is a very potent programming language in the world. But, what makes it so special?

Owing to ease of scalability, learning and adaptability of Python, this advanced interpreted programming language is the fastest growing global language. Plus, its ever-evolving libraries aid it in becoming a popular choice for projects, like mobile app, data science, web app, IoT, AI and many others. 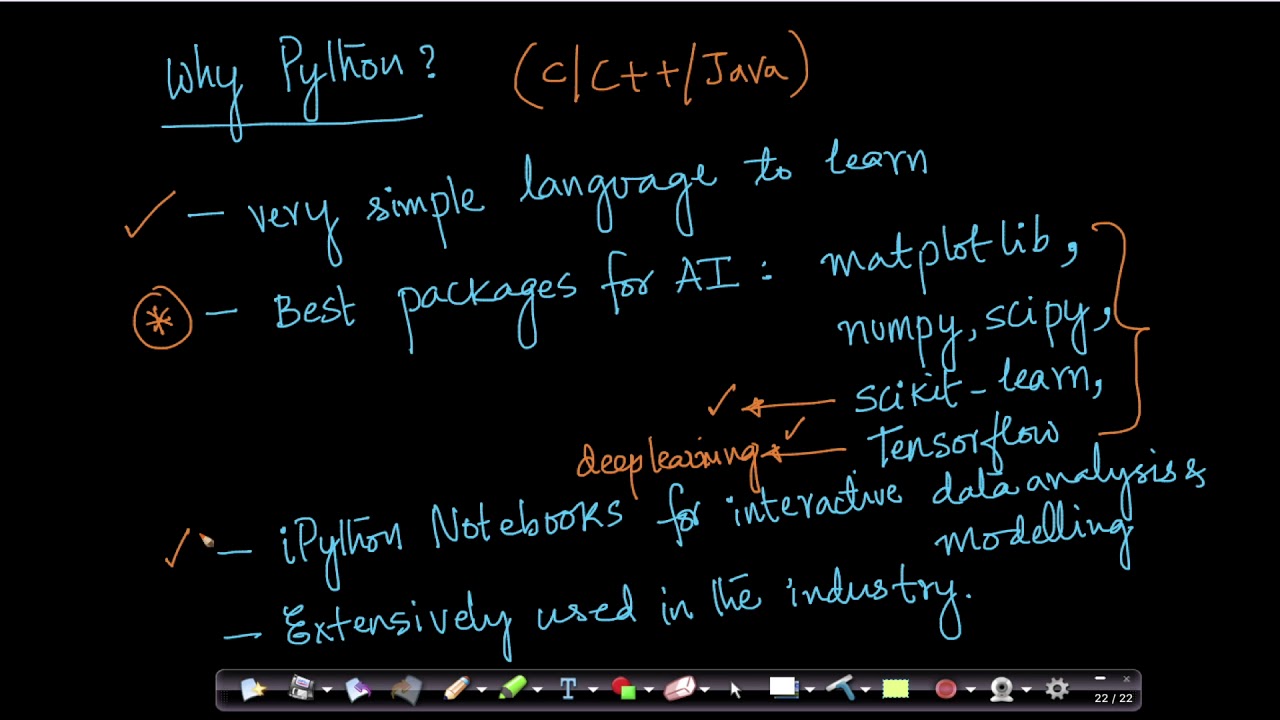 Be it startups, MNCs or government organizations, Python seem to be winning every sector. It provides a wide array of benefits without limiting itself to just one activity – its popularity lies in its ability to combine some of the most complex processes, including machine learning, artificial intelligence, data science and natural language processing.

AI is mostly about algorithms, while Python is perfect for developers who are into testing. In fact, it supports writing and execution of codes. Hence, when you fuse Python and AI, you drastically reduce the amount of coding, which is great in all respects.

Python is full of libraries, subject to the on-going project. For an instance, you can use Numpy if you are into scientific computation – for advanced computing, you have put your bet on SciPy – whereas, for machine learning, PyBrain is the best answer.

A Host of Resources

Entirely open source powered by a versatile community, Python provides incredible support to developers who want to learn fast and work faster. The huge community of web developers are active worldwide and willing to offer help at any stage of the development cycle.

Python is versatile. It can be used for a variety of purposes, right from OOPs approach to scripting. Also, it performs as a quintessential back-end and successfully links different data structures with one another.

Thanks to its flexibility and versatility, Python is widely popular amongst the millennials. You might be surprised to hear that it is fairly easier to find out Python developers than finding out Prolog or LISP programmers, especially in some countries. Encompassing libraries and great community support helps Python become the hottest programming language of the 21st century.

Some of the most popular Python libraries for AI are:

Want to ace problem-solving skills and accomplish project goals, Machine Learning Using Python is a sure bet. With DexLab Analytics, a recognized Python Training Center in Gurgaon, you can easily learn the fundamentals and advance sections of Python programming language and score goals of success.

The blog has been sourced from ― www.information-age.com/ai-machine-learning-python-123477066 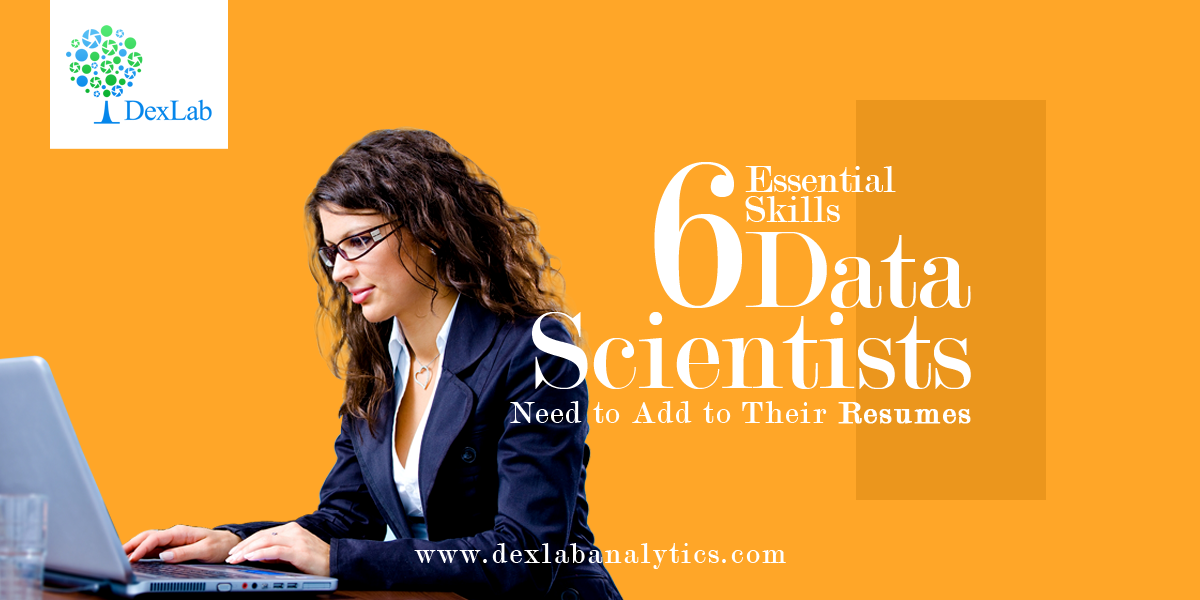 Like all other career paths, cracking the hottest job of 21st century is mainly about gaining knowledge and developing important skills relevant to the job. And your resume should reflect all these skills. So what must the resume of a professional data scientist look like? Here are 6 key skills that must be in the fingertips of a good data scientist.

Not only blue-chip tech companies, even medium and small scale enterprises are operated by data science these days. And statistical knowledge is vital for that. You should be thorough with general statistical concepts, like distributions, tests, range, likelihood estimators, etc.

In mathematics, one must know the basics of linear algebra and multivariable calculus. This will definitely make a difference in your work outcomes as it enables you to improve predictive presentations.

Simply put, being good at coding is a must. So, if you are a budding data scientist you must actively work towards developing a computing mind; you should be able to understand, write and even analyze code whenever necessary. This level of dexterity only comes through meticulous study and practice of not one, but a number of programming languages.

If you want to develop a programming skill which is especially designed for data scientists, then get enrolled for R programming certification. Over 40 percent data scientists prefer R for solving stat problems. But it must be noted that R isn’t easy to learn, especially for those who aren’t comfortable with codes.

Python is another language which is highly preferred by data scientists because it is very adaptable and hence, can be employed in all the different steps part of a data science project. Moreover, data sets can be created with ease and SQL tables can be imported into working codes when required. Considering these benefits and the fact that over 50% data scientists favor Python, an excellent Python Certification in Delhi should be first in your list of courses to undertake.

Learning isn’t effective unless you implement it practically. Moreover, your skills get duly appreciated when it’s demonstrated. Hence, always look for live projects you can join and try to understand the data architecture behind the screen. It may be up there in your head, but it needs to be implemented. Large companies actually prefer candidates who have more practical experience rather than just bookish knowledge.

Unstructured data is any type of content that doesn’t fit into traditional database tables. These data types aren’t well organized and hence, sorting them becomes very difficult. Blogs, videos and customer reviews are some examples of unstructured data. Being able to manage unstructured data is an important skill for data scientists. Apache Hadoop, NoSQL and Microsoft HDI insight are some good software for tackling unstructured data. If you are interested to learn the techniques, you can look up the course details for Hadoop certification in Delhi at DexLab Analytics.

Data scientists might have to work with complicated models and datasets, but they must know how to express their deductions in lucid language that’s simple and engaging. Hence their raw data must be expressed in the form of tables, charts and graphs, which are visually appealing and can capture the attention of stakeholders.

A strong educational background is the door to the world of data science. Big companies prefer applicants who are master degree holders in either stats or math or computer science or physical science.

Data science is definitely the trendiest job and you might be eager to land one, but it’s not easy to acquire the above mentioned skills. If you are looking for guidance from experts who have previously worked in this field, then you should get enrolled for Data Science Courses in Delhi right away. The industry experts at DexLab Analytics tailor the courses to the unique needs of students and incorporate ample practical cases to help them get ready for the challenges ahead. 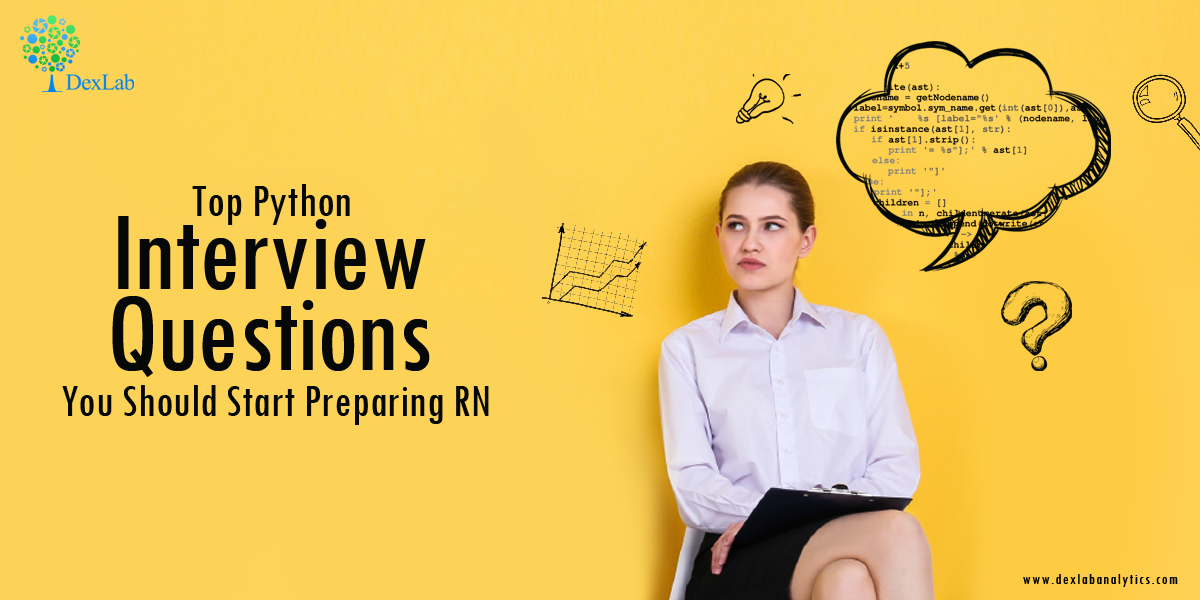 Welcome! May be, you are new to programming altogether or seasoned in the field; either way, you have come to the right place, and have chosen the right language. Python is a very powerful, advanced kind of object-oriented programming language. It is simple and follows an easy to use syntax. Therefore, it has stood out to be the most popular programming language to learn and master, even by those who has set foot recently into the world of computer programming.

So, if you are planning to kickstart a career in Python, pore over these frequently asked questions; they are often asked in job interviews. If you have any doubts regarding Python, feel free to ask us, or comment below.

Or you can also take up our Python Course in Delhi NCR. It’s industry-related and student-friendly.

Highly readable, interactive and interpreted, Python is an object-oriented scripting language. It focuses on English language, while its competitors use punctuations more.

What are the key features of Python?

PYTHONPATH works similar to a PATH. It helps Python interpreter in locating the module files imported into a program. It includes Python source library directory as well as the directories comprising the Python source code.

Do you know how to display contents of text file in a reverse order?

Pick out the invalid statement from below.

How do you manage memory in Python?

What do you mean by Python dictionary?

Python dictionary is nothing but built-in datatypes. It entails a one-to-one relationship between keys and values. Dictionaries are indexed by keys; they contain pairs of keys and their corresponding values.

Hope this set of Python interview questions have prepared you well for upcoming job interviews. All the best!

Want to learn Python and its whole set of applications? Feel free to check out our interactive Python certification course training, offered by industry experts. They help transform your career. 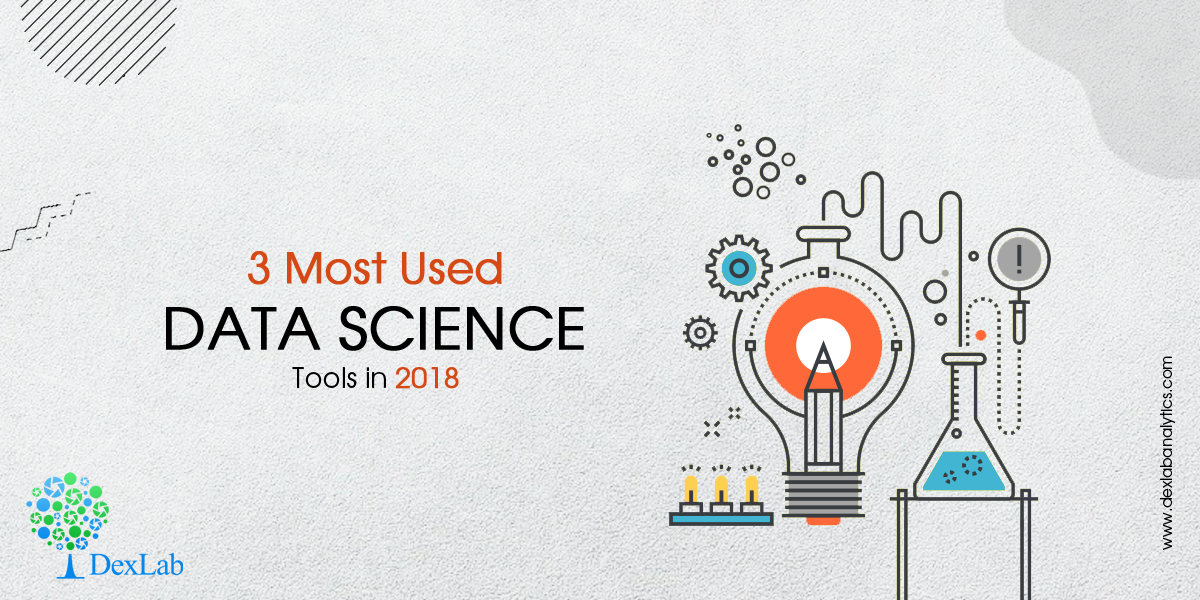 The humongous amount of data calls for advanced data science tools – to completely understand and analyze the information.

Data analytics fuels digital transformation. The best way to do this is by arming an expert pool of statisticians, math pundits and business analysts with suitable data science tools with which they can squelch out crucial insights from the ever-growing silos of corporate data. This kind of initiatives promote a data-driven business culture, which acts as a present prerequisite – and this why here we’ve jotted down top 3 data science tools that’s weaving wonders with the new oil of the world, data:

Both, well-performing software and a powerful programming language perfect for developing custom algorithms, Python is the most must-have tool for all data scientists. In a recent KDnuggets survey of 2052 users, Python language was recommended by 65.6% of respondents.

“We use Python both for data science and back end, which provides us with rapid development and machine learning model deployment,” shared Alexander Osipenko, lead data scientist at Cindicator Inc. “It’s also of great importance for us to ensure the security of implemented tools.”

Leslie De Jesus, innovation director and lead data scientist at Wovenware emphasized on the importance of Python libraries. “[We use] Python Libraries, including Scrapy, for web scraping and being able to extract data from the internet and upload it into a data frame for analysis,” said De Jesus.

Few others vouched for Python because of its multifaceted nature and strong optimization skills.

For Python Certification Training in Delhi, drop by DexLab Analytics.

Quite similar to Python, R is the go-to programming language for many data scientists and they depend on it wholly because it’s simpler and more specifically-built for data science. According to the KDnuggets poll, 48.5% respondents voted it to be one of the leading data science tools.

As for all, R programming language is blessed with cultivated capabilities for machine learning and statistics, and professionals love using it. It’s another favorite of data analysts, especially those who deals with a lot of data exploration.

Seeking R language certification in Delhi? We have DexLab Analytics for you!

The lightening speed of Tableau’s visualization and reporting functions is commendable. It’s easy to learn, quick to implement and intuitive to use. Moreover, it helps different segments of a company to customize exhaustive reports according to their requirements.

Now, if you are looking for ways to hone your visualization skills, we would recommend Tableau BI training courses from DexLab Analytics. Their training courses are comprehensive, well-research and as per industry standards.

The blog has been sourced from — searchbusinessanalytics.techtarget.com/feature/Data-scientists-weigh-in-5-data-science-tools-to-consider