Online companies and IT firms have been frequently criticized for their lack of diversity and gender inequality in the work force. So, we researched about some facts and statistics to understand these claims as after all we are data-driven being the premiere Analytics training institute, Pune. We found a gap in several US-based internet firms which have published diversity reports since, 2014 but what they claim has been starkly different from what the truth in the numbers happened to be. Surprisingly, being a developing nation, India has fared quite well in this realm with most of IT MNCs having addressed the issue of gender inequality in their workplace. 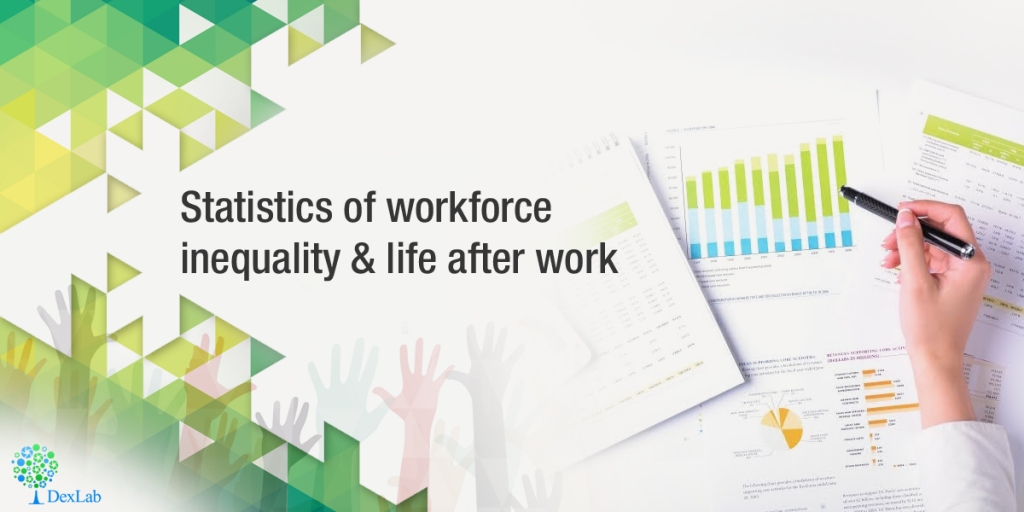 Here are some statistical facts about workplace diversity in internet companies in the US that show lack of diversity:

With majority of people that account for the AP (Advanced Placement) test takers in total only 20 percent were female in the tests for AP computer science test takers as of the data from 2014. Various US-based online corporations have been criticized for their apparent lack of tolerance and unwelcoming nature against females and non-Caucasians.

The data also shows that only 8.3 percent of personnel employed in computer and mathematical occupations are of the colored complexion or African American, this is appalling as they are still the third largest group in the US.

Also only 26 percent of employees in computer-based work in America on 2014 are female. Moreover, in that very year it was found that in more 500 Fortune companies only a lowly 17.4 percent of females were a female Chief Information Officer. So, it has been noticed that despite well-advertised public assurances change in the workplace has been slow even in this era, which is most millenials are about leaving their jobs in the short-term. The majority of employees in the internet companies in US still predominantly remain white and males.

This lack of diversity along with the belief among millenials across the globe is that most businesses whether internet-based or otherwise, have no other motivation apart from profit. Thus, the millennial workforce that is often symbolized as creative and with out-of-the box approach nowadays prefers to place their own objectives and career goals much ahead of the company’s or organization’s goals. As per our survey reports, the work/life balance remains to be the top priority in their future plans. The company image and the reputation of the leaders and founders of the company are not considered by millenials. 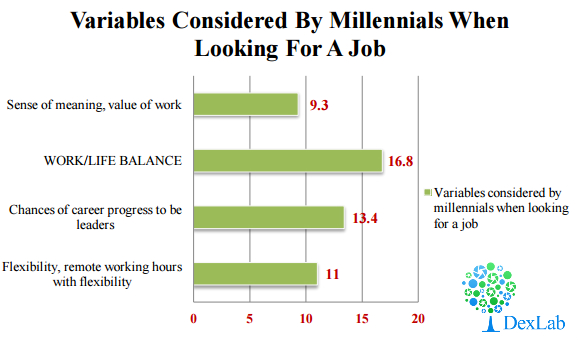 This above chart shows the degree of importance of the most important variables that are considered when choosing a job.

For more information on Analytics training institutes in India, feel free to drop by our website.