In Indian prisons two thirds of the prisoners are under-trials! 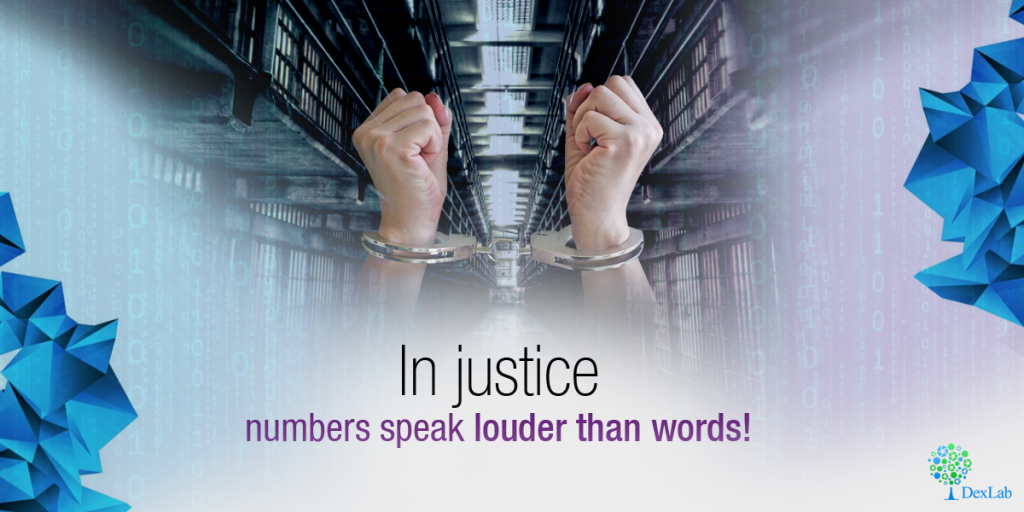 This Monday, the “Prison Statistics India 2015 report” was released by the National Crime Records Bureau (NCRB). And here are the five surprising things that we gathered from the data about the condition of prisons in India.

Over-population is a problem in prisons as well!

As per the report, overcrowding at the prisons is one of the biggest problems which causes sleep deprivation, poor hygiene and a scarcity of resources among the inmates. As per the principles of human rights, prisoners deserve reasonable space and facilities in the jails.

But the numbers indicating occupancy of the Indian prisons at the end of 2015 is astonishingly high at 114.4 percent.

The map of India below showcases the states with over-crowded prisons in red, while the green ones have properly managed their inmate population. 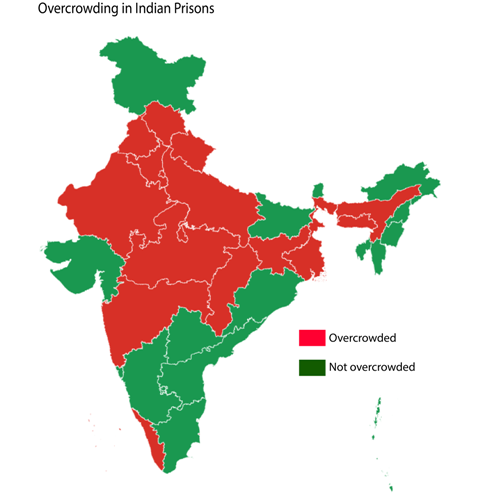 The numerical highlights on the issue of over-population are as follows:

About two thirds of Indian prisoners are still under trial:

Here are the proportions of prisoners who have been in detention for more than a year: 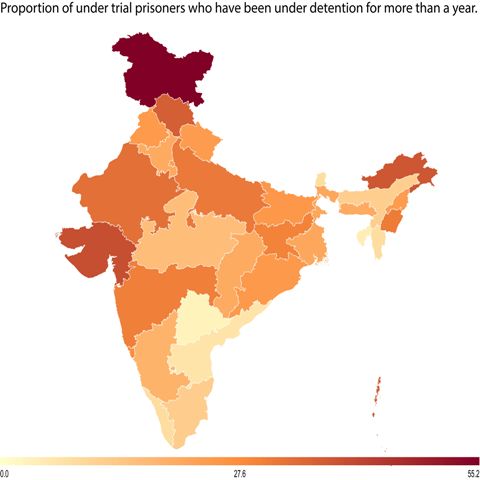 One fourth of all under trials have been detained for more than a year. And the ratio of them is the highest in Jammu and Kashmir:

About four people died everyday on an average in 2015:

In total 1,584 prisoners died on 2015 in the jails. Out of these 1,469 were attributed to natural causes but the remaining 115 were told to have died from unnatural causes.

About two thirds of all unnatural deaths (77) were known to have committed suicide and 11 were even told have been murdered by their fellow inmates. Out of 11, 9 were murdered in Delhi jails itself.

Effect of education on the prisoner profiles:

Out of all the prisoners 76 percent of all the convicts were known to be illiterate or had studied below class tenth.

On 2015, more than 100 people were awarded with the death penalty (101) and 49 were committed to life imprisonment sentence.

What does this suggest about the rate of crime in India? Are we moving towards our forecasted dystopia with time…? How much longer will justice be served cold?