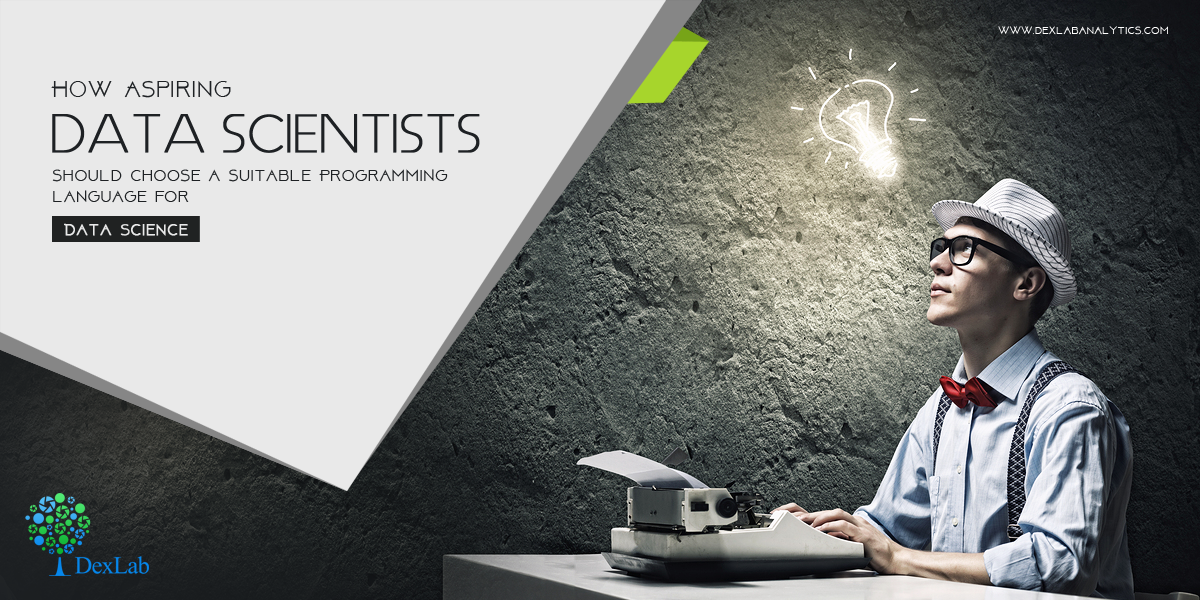 Data science is a fascinating and one of the fastest growing fields in the world to work in. This is why it’s becoming increasingly popular for data scientists to consider the potentials of programming languages-they form an integral part of data science.

Possessing incredible skills of programming instantly pumps up the chances of bagging a high-profile data science job, whereas the novices, who have never studied programming in their entire life have to struggle hard.

However, this is not all – only a sack of all-round programming skills won’t help you grab the sexiest job of 21st century, there are several things to consider before you set off on becoming a successful data scientist. And they are as follows:

For a true blue data scientist, it’s not enough to possess encompassing programming skills but also the aptitude for crunching numbers. Remember, a data scientist’s day is largely spent on sourcing and processing raw data for the purpose of data cleaning – no amount of smart set of programming languages or machine learning models would be of any help.

In advanced data science, learning knows no bounds – each time you get to reinvent something new. Learn to ace a wide array of packages and modules available in a chosen language. However, the extent of the use and application is subject to the domain-particular packages you are working on.

In few cases, optimizing the performance of the codes is essential, especially when tackling huge volumes of crucial data. Compiled languages are normally faster as compared to interpreted ones; in the same way, statically typed languages are more fail-proof than dynamically typed. As a result, an apparent trade-off exists against productivity.

With all these in mind, it’s time to delve into the most popular languages used in the field of data science – let’s start with R – it’s the most powerful open source language used for a gamut of statistical and data visualization applications, including neural networks, advanced plotting, non-linear regression, phylogenetics and lot more.

Next, we can’t help but brag about an excellent all-rounder – Python – a top notch programming language choice for all types of data scientists, seasoned and freshers. A large chunk of the data science process revolves around the cutting edge ETL process – this makes Python a universal language to excel at. Google’s Tensorflow is an added bonus point.

Lastly, SQL tops rank as a leading data processing language instead of being just an advanced analytical tool. Owing to its longevity and efficiency, SQL is deemed to be one of the most powerful weapons that modern data scientist should know of.

In the end of the discussion, we now have a set of languages to consider for excelling data science – what you need to do is comprehend your usage requirements and compare generality, specificity and performance factors. This will help you surge towards a successful career minus the complexities associated.

DexLab Analytics offers top of the line Data Science Courses in Delhi for data enthusiasts. If you are interested in a data analyst course in Noida, drop by this esteemed institute and navigate through our in-demand courses.