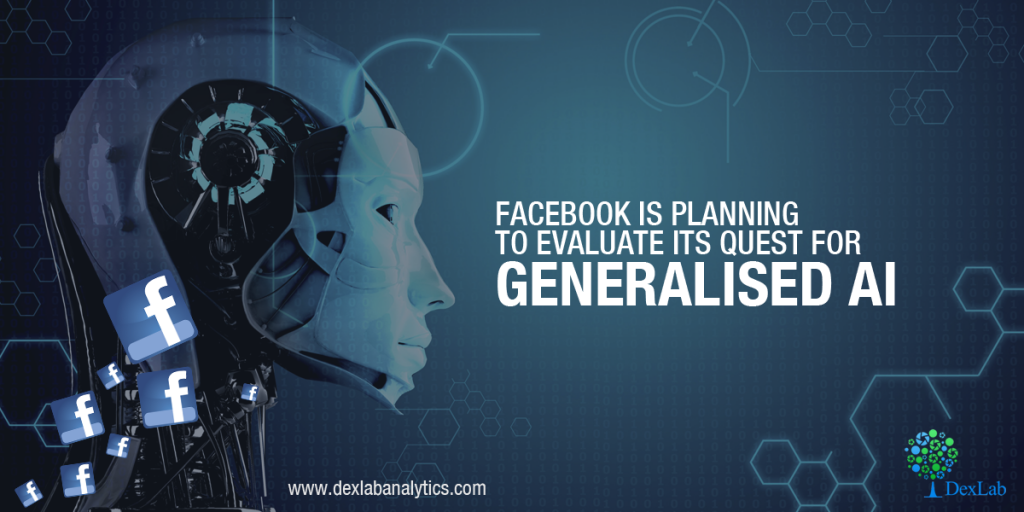 A major misconception about artificial intelligence is the fact that today’s robots possess a very generalized intelligence, however, we are fairly efficient in leveraging large datasets to accomplish otherwise complex tasks. Nevertheless we still fail and fall flat at the prospect of replicating the breadth of human intelligence.

Care to contribute to AI development in today’s world? Then take up a Machine Learning course online with us. But in order to move forward a generalized intelligence, Facebook is ensure that we know how to evaluate the process. In a recently released paper, Facebook’s AI research (FAIR) lab has outlined just that as a part of its CommAI framework.

We will need our systems to be able to communicate and will be able to learn through language effectively even when they lack in context and discussing thing in undefined terms.

Furthermore, such systems should be capable of learning up new skills, fairly simply. As per Facebook this skill set is called “learning to learn”. Present machine learning models may be trained on data and be used for classifying defined objects. We can also make use of transfer learning to quickly adapt a model to achieve the same task on the new data, however our machines cannot completely teach themselves without heavy to moderate intervention from the developers.

It is in general agreed upon, that in order to generalize across several tasks, a program should be capable of compositional training. And that is of storing and recombination solutions to sub-problems across the different tasks, as per the team from Facebook.

As per Facebook they consider these capabilities to be of more of a prerequisite to being a generalized AI than the true Turing test. Alan Turing created the original Turing test in the 1950s. It is usually understood to be a means of assessing machine learning intelligence with respect to human intelligence.

However, with the maturation of the field of Ai the Turing test has lost a lot of its relevance. Facebook hopes to offer a nice alternative way to think about the necessary requirements of a modern generalized AI which should be less of a research distraction than the more rigid Turing Test.

The team at FAIR which include – Marco Baroni, Armand Joulin, Allan Jabri, Germán Kruszewski, Angeliki Lazaridou, Klemen Simonic and Tomas Mikolov have also developed another open source platform for the testing and training of AI systems.

For more information on Machine Learning training in Gurgaon or in Delhi NCR, drop by our institute at DexLab Analytics. 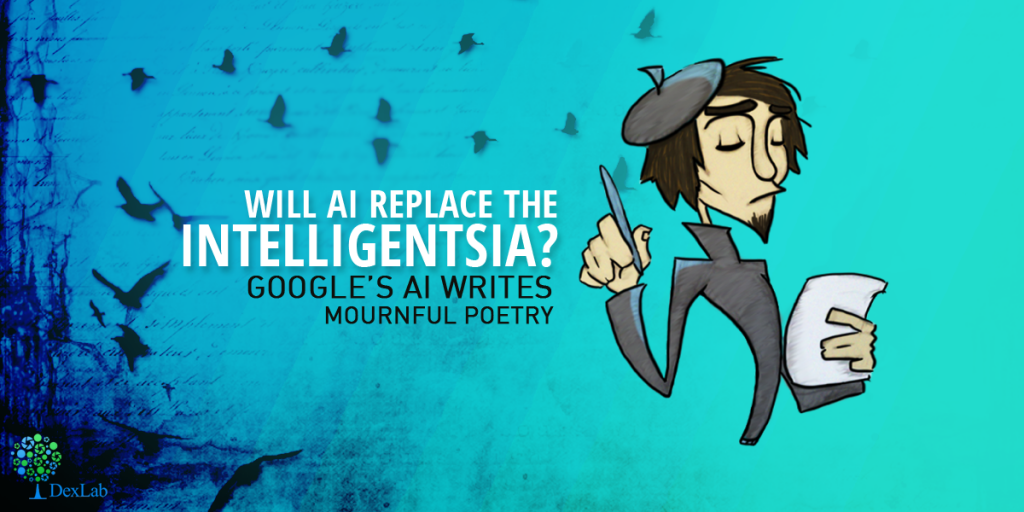 It is no new news that Artificial Intelligence can now control self driving cars; they can beat the best humans at highly challenging board games like chess, and even fight cancer. But still one thing it cannot do perfectly is communicate.

So, to help solve this problem Google has been feeding its Artificial Intelligence with more than 11,000 unpublished books, which include more than 3000 steamy romantic titles. And in response the AI has penned down its own version of mournful poems.

I went o the store to buy some groceries.

I store to buy some groceries.

I were to buy any groceries.

Horses are to buy any groceries.

Horses are to buy any animal.

Horses the favourite any animal.

Horses are my favourite animal.

And here is another one from Google’s AI:

The way this happened was, Google’s team fed their AI with unpublished works into a neural network and gave the system two sentences from the book; it was then up to this ingenious artificial intelligence to build its own poetry based on available information.

In example above, the team of researchers gave their AI two sentences one about buying some groceries and the other one about horses being a favourite animal (these are the first and the last lines of the above mentioned passages). The team then directed the artificial intelligence to morph between the two sentences.

In the research paper the team further went on to explain the AI system was able to “create coherent and diverse sentences through purely continuous sampling”.

With the use of an autoanecdoter, which is a type of AI network that makes use of data sets to reproduce a result, in this case that was writing sentences, using much fewer steps the team was able to produce these sentences.

The main principle behind this research is to create an Artificial Intelligence which will be proficient in communicating via “natural language sentences”.

This research holds the possibilities of developing a system that is capable of communicating in a more human-like manner. Such a breakthrough is essential in the creation of more useful and responsive chat bots and Artificial Intelligence powered personal assistants like that of Siri and Google Now.

In a similar project, the researchers at Google have been teaching an AI how to understand language by replicating and predicting the work of bygone authors and poets under their project Gutenberg.

This standalone team at Google fed the AI with an input sentence and then asked it to predict what should come next. And by analysing the text, the AI was capable of identifying what author was likely to have written the sentence and was able to emulate his style.

In another incident, on June, 2015 another team of talented researchers at Google were able to create a chatbot that even threatened its creators. The AI learned the art of conversation by analysis of a million movie scripts thereby allowing it to realize and muse on the meaning of life, the colour of blood, and even on deeper subjects like mortality; Ss, much so that the bot could even get angry on its human inquisitor. When the bot was asked with a puzzling philosophical question about what is the meaning of life, it replied by saying – “to live forever”.

In other such similar works, Facebook has also been teaching its artificial intelligence with the use of children’s books. As per the New Scientist which is a social network, it has been using novels such as The Jungle Book, Alice in Wonderland and Peter Pan.

If you are yearning for some more of AI’s written word, then here are the rest of Google AI’s poems.

No, not right now.

“Talk to me right now.

Please talk to me right now.

I’ll talk to you right now.

“I’ll talk to you right now.

Why would you do that?

There is no one else in the world.

There is no one else in sight.

They were the only ones who mattered.

They were the only ones left.

He had to be with me.

She had to be with him.

I had to do this.

I wanted to kill him.

I started to cry.

I waited for what had happened.

It was almost thirty years ago.

It was over thirty years ago.

That was six years ago.

He had died two years ago.

“Everything is all right here.

We are all right here.

“But you need to talk to me now.

To feed in adequate information on Machine Learning Using Python, reach us at DexLab Analytics. Our Machine Learning Certification is garnering a lot of attention owing to its program-centric course module. 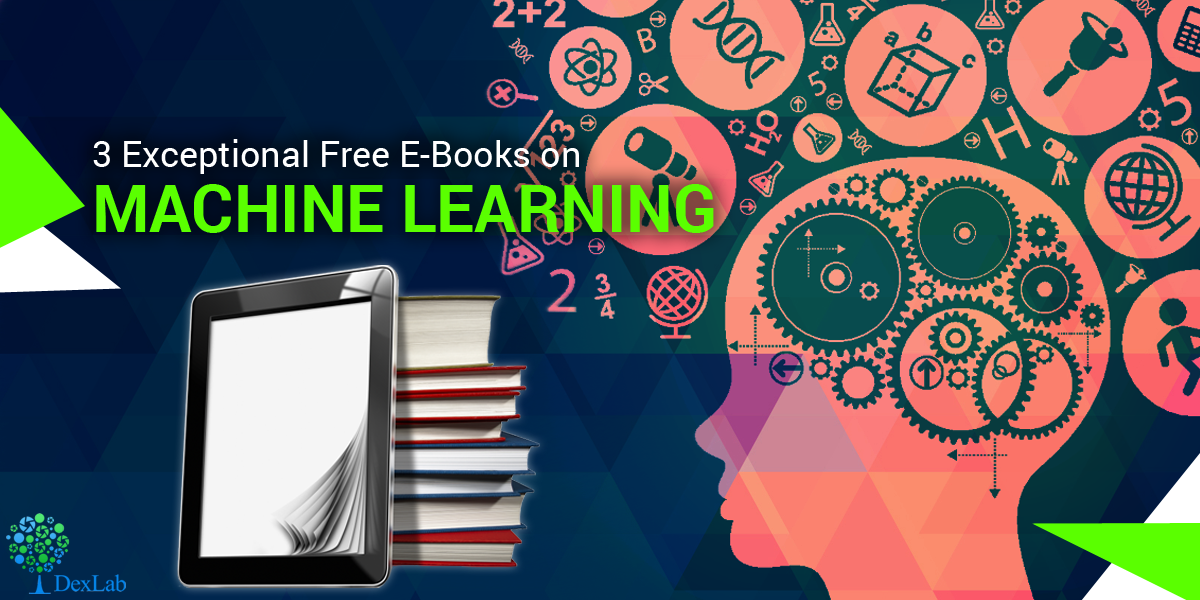 According to the experts at Wikipedia Machine Learning happens to be computer science sub-field that has its origins in the detailed examination of recognition of patterns as well as the “computational learning theory” as put into practice in the world of A.I. or artificial intelligence.The subject investigates the study as well as the construction of algorithms which have the ability to pick up skills from and make predictions on the basis of the data that is available.

In this blog post we list some of the key texts that help out students and researchers in this particular field of study.

The Math Behind Machine Learning: How it Works – @Dexlabanalytics.

This book has for its base the ESPRIT or EC project Statlog which compared and made evaluations about a broad range of techniques on classification while at the same time assessing their merits and demerits in addition to applications across the range. The volume listed here is the integrated one which conducts a brief examination of a particular method along with their commercial application to real world scenarios. It encourages cross-disciplinarystudy of the fields of machine learning, neural networks as well as statistics.

Uber: Pioneering Machine Learning into Everything it Does – @Dexlabanalytics.

The methods of machine learning have the ability to mine out the values out of data sets that are nothing short of being vast without taxing the computational abilities of the computer. They have established themselves as essential tools in industrial applications of a wide range like analysis of stock markets, search engines as well as sequencing of DNA and locomotion of robots. The field is a promising one and this book helps the students of computer science grasp the tough subject even if their mathematical backgrounds are decent at best.

Gaussian Processes or more known simply as GPs serve as a practical, principled and probabilistic approach to the learning as conducted in kernel machines. The Machine Learning community has been providing increased attention towards GPs throughout the better part of the last decade and the book serves the important function of sufficing as a unified and systematic treatment of the role of practical as well as theoretical aspect of GPs as present in machine learning. There was a long felt need for such a book and it does not disappoint with its self-contained and comprehensive treatment. This book is highly useful for students as well as researchers in the fields of applied statistics and machine learning.

If your appetite for knowledge on machine learning is far from being satiated, contact DexLab Analytics. It is a pioneering Data Science training institute catering for hundreds of aspiring students. Their analytics courses in Delhi are widely popular.