A Step-by-Step Guide on Python Variables

A Step-by-Step Guide on Python Variables 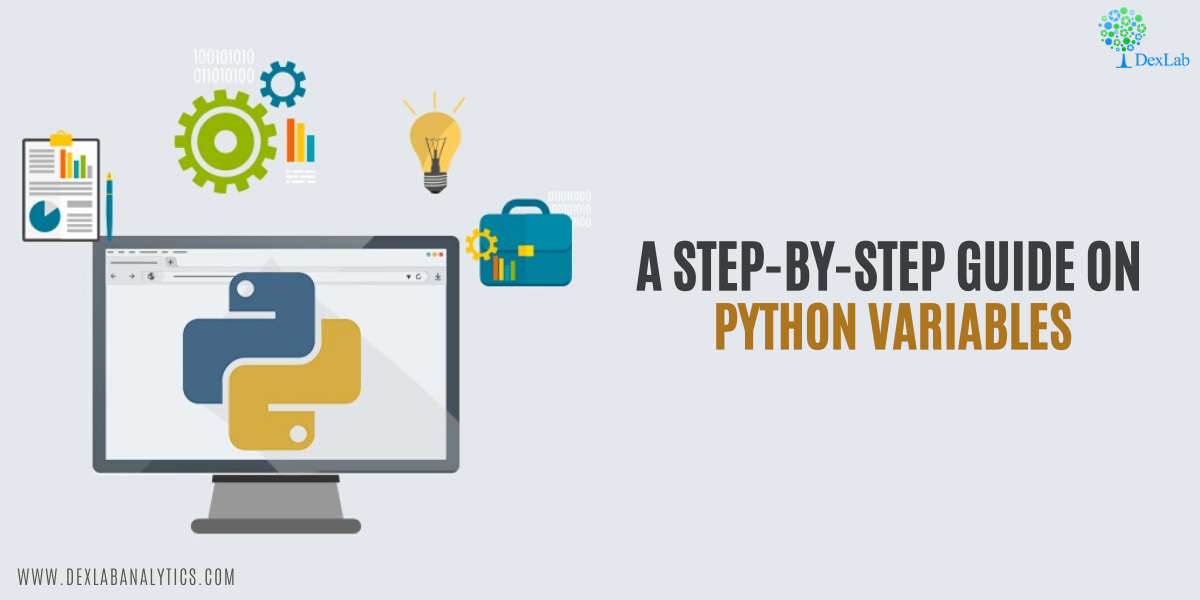 Variable is the name given to the memory location where data is stored. Once a variable is stored, space is allocated in memory. Variables are named locations that are used to store references to the object stored in memory.

With the rapid rise of the advanced programming techniques, matching with the pacing advancements of Machine Learning and Artificial Intelligence, the need for Python for Data Analysis an Machine Learning Using Python is growing. However, when it comes to trustworthy courses, it is better to go for the best Python Certification Training in Delhi.

Now, coming to this article, here are some of the topics that will be covered in this article:

Rules to Define a Variable

These are the few rules to define a python variable:

Assigning Values to a Variable

There is no need for an explicit declaration to reserve memory. The assignment is done using the equal to (=) operator.

Multiple variables can be assigned to the same variable.

Multiple variables can be assigned to multiple objects.

Re-declaring a Variable in Python

A variable scope defines the area of accessibility of the variable in the program. A Python variable has two scopes:

When a variable is defined inside a function or a class, then it’s accessible only inside it. They are called local variables and their scope is only limited to that function or class boundary.

If we try to access a local variable outside its scope, we get an error that the variable is not defined.

When the variable is not inside a function or a class, it’s accessible from anywhere in the program. These variables are called global variables.

One can delete variable using the command “del”.

In the example below, the variable “d” is deleted by using command Del and when it is further proceeded to print, we get an error “variable name is not defined” which means the variable is already deleted.

So, if you are also hooked into Python and looking for the best courses, Python course in Gurgaon is certainly a gem of a course!